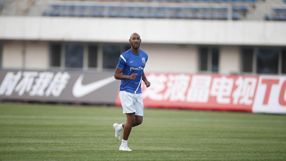 "We did not think about [signing him]. I do not think there's an opportunity," Ancelotti told a news conference ahead of Friday's Ligue 1 home game against Ajaccio.

"He only asked to train. He played under me and we are friends now. I allowed him to train because of our friendship."

Former Chelsea forward Anelka, who wants to leave his Chinese club Shanghai Shenhua amid reports of unpaid wages, has spent a couple of days at PSG's Camp des Loges training facility and joined the PSG squad for a warm-up on Thursday.

French media have linked the 32-year-old Anelka, who spent two years at Chelsea with Ancelotti from 2009, with several Premier League sides.