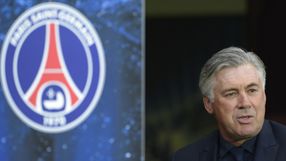 Asked about Mourinho comments on PSG having great players but not a great team yet, Ancelotti said he agreed with the Real Madrid coach.

"We are not solid enough yet to be very competitive in the Champions League," he told French channel Canal+.

"We need four or five participations."

Big-spending PSG have been labelled a serious contender in the Champions League by some pundits after they signed former AC Milan front-man Zlatan Ibrahimovic and centre back Thiago Silva in July.

Twice Champions League winner Mourinho, however, told bi-weekly France Football PSG needed time as at the moment they were just "a good team with great players".

"If you ask whether [manager] Leonardo and Carlo [Ancelotti] already deserve to win the European Cup this season, I would answer no. Let's give them time to build," the Portuguese said.

PSG are third in Champions League Group A with three points from two games after they thrashed Dynamo Kiev 4-1 and lost 1-0 at Mourinho's former club Porto. They visit bottom side Dinamo Zagreb on Wednesday.