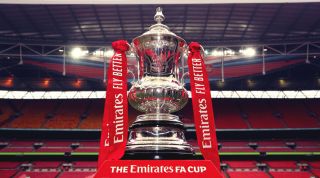 The FA Cup Final as you've never seen it before. Wembley will be eerily empty for another all-London shown, the first since the same teams faced-off in 2017. The Gunners got the better of the Blues that day, taking their tally of FA Cups to 13. Chelsea have bagged eight in their history.

This year's affair promises to be a cracker, despite the lack of atmosphere, with both teams under new management. Mikel Arteta and Frank Lampard will be hungry to get their first taste of success at clubs they won trophies with during their playing days.

Frank Lampard's side will be slight favourites, having finished four places higher in the league, but on FA Cup Final day form goes out of the window.

Kick-off is at 5.30pm BST and the game is being shown on BBC One/BT Sport 1/BBC iPlayer/BT Sport Extra 1/ BT Sport Ultimate in the UK. See below for watching details where you are.