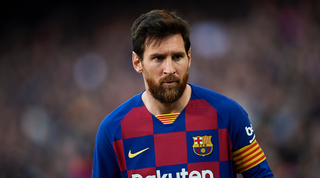 Things are very tight at the top of La Liga, with Barcelona and Real Madrid level on points with just six games remaining.

Things could well boil down to the final game of the season, as it did when Real last won the title in 2017. Neither side will want to take anything for granted, however, in the final throws of the season.

Atletico Madrid could well provide the sternest test left for Barca. Diego Simeone's side aren't having their best campaign but Atleti can never be underestimated - especially as their low-block, high-intensity football is exactly the kind that Quique Setien doesn't like to play against.

Coverage of Barcelona vs Atletico Madrid is on La Liga TV in the United Kingdom at 9pm BST.

SEE ALSO: Premier League live stream best VPN: how to watch every game from anywhere in the world

How to watch La Liga outside your country

How to watch a La Liga live stream in the UK

La Liga is broadcast on La Liga TV - and it's free for the month of June to Sky customers.

How to watch a La Liga live stream for US subscribers

If you want to watch La Liga in the US, you can tune into BeIn Sports.

How to watch a La Liga live stream for Canadian subscribers

In Canada, La Liga is on BeIn Sports.

How to watch a La Liga live stream for European subscribers

Setanta Sports has the rights for the Coppa Italia in a number of European and Asian countries, including Armenia, Azerbaijan, Belarus, Estonia, Georgia, Kazakhstan and Lithuania.

How to watch a La Liga live stream for Singaporean subscribers

You can watch matches live with BeIn Sports.