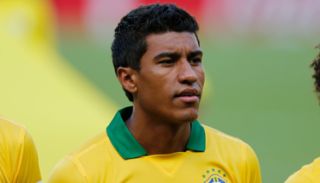 "There is an official offer from Tottenham to Corinthians but, as I did when there was an Inter Milan offer, I'll sit and decide with my family before I make any decision," Paulinho told reporters. "And I will only do it after the Confederations Cup because it's hard to deal with all this things."

Paulinho was speaking after Brazil beat Italy 4-2 to top Group A at the Confederations Cup, although the 24-year-old did not play in the match having picked up an ankle injury.