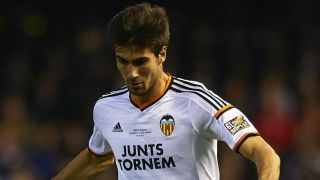 Barcelona have agreed a deal for Portugal international and Valencia midfielder Andre Gomes.

Gomes has spent two seasons in LaLiga following his move from Benfica in July 2014.

The 22-year-old played a part as Portugal claimed a fairytale Euro 2016 success with their final win over France.

Reports suggest Barcelona paid €40million for Gomes, who made 30 appearances and scored three goals in the league last season.