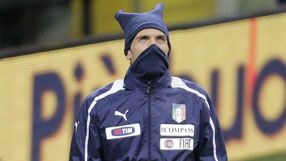 Morgan De Sanctis is likely to deputise in Milan.

However, Mario Balotelli could return in time to face the Danes.

The Manchester city striker missed Friday's win in Armenia due to the flu.