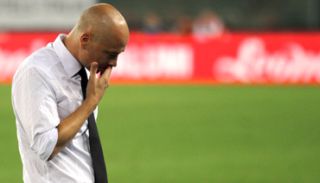 Mid-table Serie A sides rarely keep managers for more than a season, sticking to one-year contracts to hold costs down while hoping a change might prompt a sudden, if unlikely, charge up the table in the following campaign.

"After having reached the agreed objective of 12th spot in Serie A, Chievo and Eugenio Corini have decided together to not renew their contract for 2013/14," a club statement read.

The Italian top flight has been busy with managerial changes since the end of the season with Napoli's Walter Mazzarri moving to Inter Milan and being replaced by Rafael Benitez.

AC Milan, who finished third, are yet to announce if Massimiliano Allegri will be kept on next term with media reports saying he may be set to take over at AS Roma.

Former Milan midfielder Clarence Seedorf, currently playing in Brazil with Botafogo, is the bookmakers' favourite to replace him at the San Siro in his first coaching role.