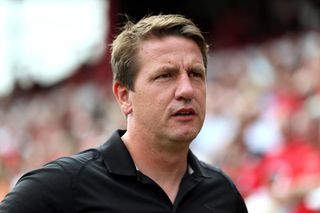 The 45-year-old German departs with the Tykes in the bottom two of the Sky Bet Championship, having collected six points from 11 games.

Adam Murray, the club’s under-18 head coach, has been appointed caretaker manager.

A brief statement on the club’s website read: “Barnsley Football Club confirms that it has separated from Daniel Stendel with immediate effect. Adam Murray has been appointed caretaker manager.”