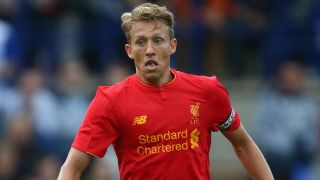 Lucas, 29, has been linked with a move away from the Premier League club, with Newcastle United reportedly interested.

But the Brazil international is also wanted by Turkish giants Galatasaray, who confirmed their interest.

"One of the players we are interested in is Leiva, but there are other alternatives," Nazifoglu told GSTV.

"One of them will be up front."