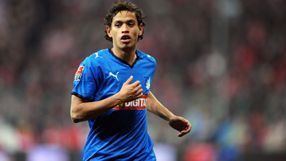 Brazilian Eduardo received a tougher punishment than the usual three-match ban because he was also red-carded during a friendly match against Hamburg in January, the DFB said.

He will now only be available for the final two league matches of the season. Hoffenheim, who lost 3-0 to Bochum on Saturday, are in sixth place and fighting for a European spot.