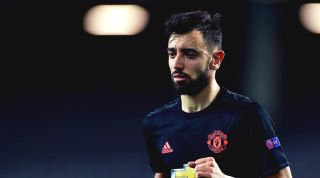 Leicester City fans will be disappointed that it's come down to this, but this is the final-day clash that neutrals will be looking forward to most.

Leicester were a dead-cert for the Champions League before Christmas, in great form and entertaining fans with fast-paced, fluid football. Manchester United, on the other hand, struggled in the earlier stages of the season and were largely expected to be aiming for the Europa League places at best.

How the tables have turned. Bruno Fernandes has fired United towards the top four, with Brendan Rodgers' side feeling the late-season fatigue. This game essentially decides who will be in the top four - who's your money on?

Kick-off is at 8pm BST and the game is being shown on Sky Sports Main Event and Sky Sports Ultra HD in the UK. See below for watching details where you are.