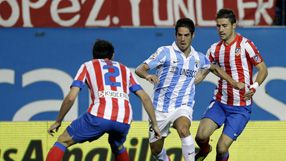 The Spain youth international has enjoyed an eye-catching start to the new season with the La Liga high-fliers, scoring three times, including a Champions League brace against Zenit St. Petersburg.

Earlier this week, Malaga revealed a £17 million buy-out clause in the 20-year-old's contract, but Isco has distanced himself from rumours linking him with the likes of Tottenham Hotspur and Liverpool.

"I'm concentrating only on Malaga," the attacking midfielder told Marca. "Malaga have made a good start in the Champions League, as have I, so everybody is speaking about that."

Malaga sporting director Mario Husillos, however, admitted that the player's future is not in the club's hands should a potential suitor meet the clause.

"He is our player and is important for the team," Husillos told tuttomercatoweb.com. "He is not on the market.

"We want to keep him here but you all know there is a buy-out clause in his contract. So, if a club pay the clause, it does not depend on us anymore."