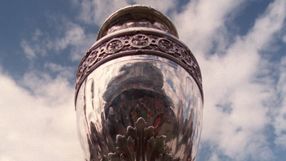 Mexico have taken part in the South American championship since 1993 while Japan will make their second appearance since 1999 in the tournament to be held in Argentina next July.

Both countries have said, however, they would prioritise tournaments in their own confederations, in Mexico's case the Concacaf Gold Cup, and play at the Copa America with age-limit teams.

"I'd say if this chance we give these countries is not taken advantage of, logically in the future we couldn't bear them in mind," CSF vice-president Eugenio Figueredo said.

"Let's hope they come with proper squads to the tournament to which they have been invited," he told the Paraguayan radio station Primero de Mayo.

Mexico are in Group C with Uruguay, Chile and Peru, while Japan are with hosts Argentina, Colombia and Bolivia in Group A. Group B includes Brazil, Paraguay, Ecuador and Venezuela.

The Copa America, the world's oldest active tournament, will be played from July 1 to 24.