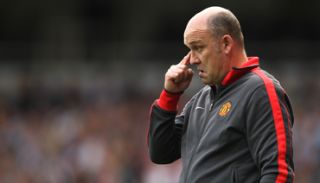 Former United player Phelan is departing along with goalkeeping coach Eric Steele ahead of the arrival of Moyes, who takes over from the retired Sir Alex Ferguson on July 1.

"I would like to put on record the club's thanks for everything Mike and Eric have done," Moyes said in a statement released by United.

"I will be looking to appoint my own members of coaching staff at some point in the future, however, I'd like to take this opportunity to give them both our best wishes for their future careers."

Phelan was promoted by Ferguson to the role of assistant manager in 2008 having served as first-team coach since 2001. Steele joined United as first-team goalkeeping coach in 2008.