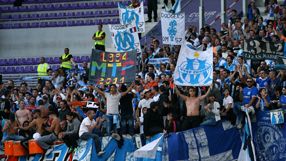 With Marseille already out of the Ligue 1 running, the fans group are desperate to stop bitter rivals Paris Saint Germain winning the title and have called on their club to lose to Montpellier to strengthen the leaders' position.

Montpellier, who have a superior goal difference, and PSG are on 63 points with seven games left, while Marseille are 23 points off the pace in ninth after losing 2-1 at PSG on Sunday.

"Let's give Montpellier the best chance possible and stop PSG becoming champions this year," the South Winners 87 group said on their website on Monday.

Marseille fans still wince at the memory of the 1999 title race when PSG's 3-2 defeat to Girondins Bordeaux in the last round of matches denied Marseille the championship.