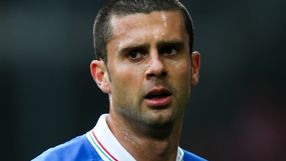 Castellacci said the player had been able to train but they would monitor his fitness "in the coming days" before deciding whether to risk him.

Brazil-born Thiago Motta started all three group games as the most advanced midfielder and would probably be replaced by Riccardo Montolivo, with Antonio Nocerino and Alessandro Diamanti also in the running.

Castellacci also said defender Giorgio Chiellini, out of the Kiev game with a thigh injury, is battling to be available later in the tournament and reserve centre-back Angelo Ogbonna has a minor knee problem but should be fit for Sunday.