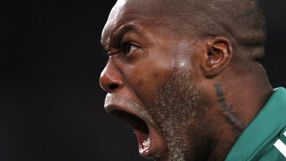 The hosts took the lead in the 38th minute when Mirallas slotted past Dario Kresic. PAOK rallied after half-time but any hopes of a comeback were extinguished when midfielder Vladan Ivic was dismissed after a second booking in the 58th minute.

The win moved Olympiakos, who have a game in hand, level on 24 points with Panathinaikos, but the Greens stay top thanks to their superior head-to-head record.

With new coach Jesualdo Ferreira watching from the stands, Panathinaikos fell 2-0 behind after just 21 minutes but roared back to clinch victory helped by two goals from Djibril Cisse.