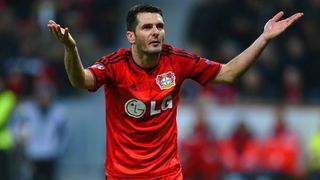 Spahic played 90 minutes of normal time before coming off with ankle injury as Leverkusen lost the quarter-final clash - which ended 0-0 after extra-time - 5-3 on penalties.

The Bosnia-Herzegovina international said that he will miss the rest of the season with the problem, but could face a long ban and potential criminal charges after footage looked to show him launch his head into that of a steward at the BayArena.

Leverkusen police spokesperson Stefanie Becker told the SID news agency: "It has been reported. We're investigating in all directions."