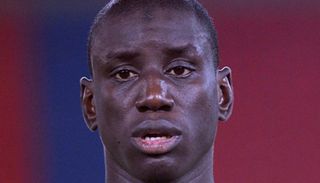 "I've decided to go without him for these two games," Giresse told reporters of upcoming Group J matches in Angola on June 8 and Liberia one week later. Ba missed a penalty in the home draw against Angola in March.

"Senegal have plenty of target men and I'm giving chances to others for the next two World Cup qualifiers," the Frenchman said in Dakar as he announced his 23-man squad on Friday.

Ba was replaced by Marseille's Modou Sogou while Newcastle's Papiss Demba Cisse, Moussa Sow of Fenerbahce, Hannover 96's Mame Birame Diouf and Dame Ndoye, who plays at Lokomotiv Moscow, have retained their places as strikers in the squad.

Senegal lead the group after three rounds on five points, one ahead of Liberia and two clear of Angola and Uganda with three fixtures remaining.