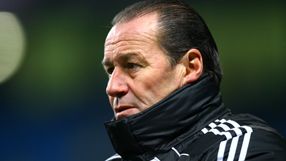 He will train the team for the first time later on Tuesday.

Stevens, who holds the Schalke record for the longest coaching stint at five years and nine months, has also coached Cologne, Hamburg SV and Hertha Berlin in the Bundesliga as well as Dutch side PSV Eindhoven and Austria's RB Salzburg.

Rangnick resigned suddenly last week after only six months in charge, saying he was suffering from exhaustion and needed a break.