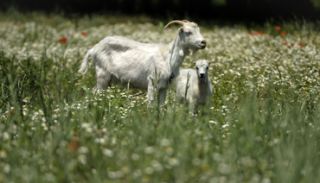 Swiss television showed Hitzfeld struggling to keep a straight face as he described conditions at the run-down Antonio Fernandes Municipal Stadium in Guaruja, an hour-and-a-half drive from Sao Paulo.

The stadium appeared completely abandoned with terraces in a filthy condition and the dressing rooms locked.

Hitzfeld said he had been promised the venue would be completely renovated in time for next year's tournament.

"We mustn't get too upset about the state of the place and we are convinced that those responsible will keep their promises," he said.

"They've told us that the whole training arena will be modernised and ready for us. There will be a new pitch, the dressing rooms will be rebuilt and the tribunes."

The situation could not be more different to Switzerland where even the country's smallest clubs keep their facilities, including the pitch, in immaculate condition.

The Swiss, who sit top of UEFA's Group E in qualifying and are set to make their third consecutive World Cup, were happy with their planned hotel, which is situated on the beach front nearby.