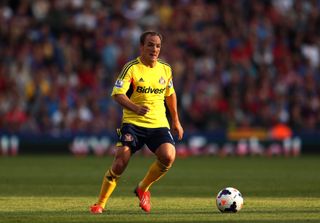 The 30-year-old Wales international has fallen out of favour at the Stadium of Light and has been linked with several Championship clubs.

But Vaughan opted to move to the City Ground until January 29 and could make his debut against his former club Blackpool on Saturday.

Vaughan has not featured for the Wearside club since their 3-1 home defeat to Arsenal last month.