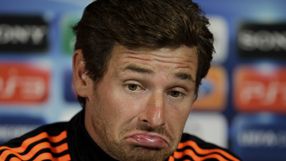 The London club were fifth in the Premier League and had lost their Champions League last-16 first leg 3-1 at Napoli when they sacked the Portuguese before going on to win the European Cup for the first time under caretaker coach Roberto Di Matteo.

"I think they could have given me the opportunity to continue. But I am fully aware that changing [the manager] was the only way to make an immediate impact on the results," Villas-Boas told France Football magazine on Tuesday.

"What we have been doing at Tottenham with my staff is a reaction to the mistakes we made at Chelsea," the 35-year-old coach added.

"We did not make everything wrong there but we could have done better... [the sacking] did not change the way I see football but I recognise that I have thought a lot about it."

Villas-Boas has led Tottenham to fourth in the Premier League standings on 40 points from 22 games, one behind third-placed Chelsea who have a game in hand.

"Fortunately for me, the quality of the game play wins over the results in Tottenham's philosophy," he said.