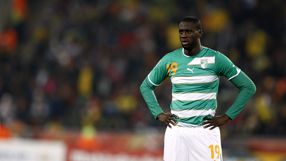 Toure hurt his right leg playing for Manchester City at Chelsea last weekend and would miss the match in Accra on Sunday, the Ivorian Football Federation said on Friday.

A statement said newcomer Max-Alain Gradel of Leeds United was in line for a debut as a replacement.

Ivory Coast were due to host Benin in Abidjan but have had to move the game to neighbouring Ghana because of the security situation in the country.

Hundreds of people have died in Ivory Coast in the violent aftermath of a disputed November election.