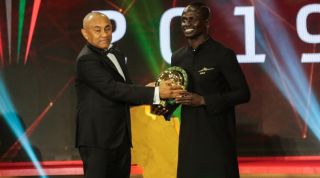 Last season, the top three scorers in the Premier League were African. You might be able to name all three - but how are you at naming Africa's finest over the past two decades?

The influence that the continent has had on our shores has been astounding, from Peter Ndlovu - the first African player to play in the Premier League - right through to Sadio Mané, the 2019 recipient of the African Footballer of the Year. That’s why the total of 60 answers isn’t as intimidating as it first looks. The majority of players have played Premier League football, while there’s also plenty of repeat names – meaning you only actually have to get 28 players.

Now, you have eight minutes to guess the top three African Players of the Year from 2000 to 2019 - then we’d love to know your score @FourFourTwo. Please also challenge some pals from any continent while you’re at it.

THEN TRY Quiz! Can you name every player with 6+ Premier League goals in 2019?