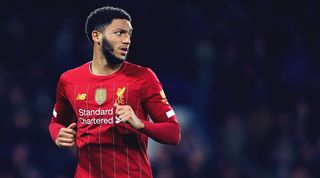 Eight minutes on the clock, 20 players to guess.

NOW TRY Quiz! Can you name the last 50 permanent managers to be hired in the Premier League?

The Premier League is littered with some of the greatest goalscorers in world football right now. Sergio Aguero. Jamie Vardy. Pierre-Emerick Aubameyang.

But this quiz is not about them.

No, there are players in the league right now who try as they might, have never hit the barn door, frying pan in hand or otherwise. To be fair to this bunch, many of these players are defenders, defensive midfielders and specialists in positions that just don't get the chance to go for goal as much as your Kanes, Salahs and Rashfords.

Here at FourFourTwo, we hope that these last few weeks of the season brings your team everything that you're hoping to achieve in this weird and wonderful campaign. Most of all though, we're willing these 20 guys to open their account.