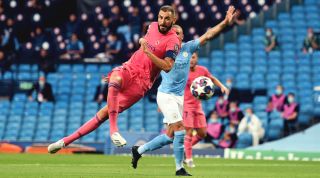 You have 8 minutes to guess 30 players.

THEN TRY Quiz! Can you name the 100 most valuable players in the Premier League?

La Liga is back!

Last weekend saw the first round of fixtures, but not everyone played. Owing to European games lasting all the way into August, only a handful of clubs returned last weekend - so, the champions, Real Madrid, are back this weekend instead.

But can you tell us the 30 most valuable players - according to Transfermarkt - currently plying their trade in Spain? We've listed their club and country, just to help you out.