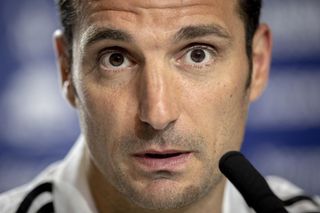 Argentina head coach Lionel Scaloni has been discharged from hospital after being involved in an accident while out cycling on Tuesday.

According to reports in the Spanish media, the 40-year-old former West Ham defender was thrown from his bike when it was hit by a car in Mallorca on Tuesday morning.

Scaloni was taken to hospital after reportedly suffering a number of injuries to his face and body. He was later released.

Argentina said on their Twitter account that Scaloni had been involved in “an accident which was not serious” while riding his bike and was on his way home after being discharged from hospital.

Scaloni, who counts Deportivo La Coruna and Lazio among his former club, spent a loan spell with the Hammers in 2006, making 13 appearances.