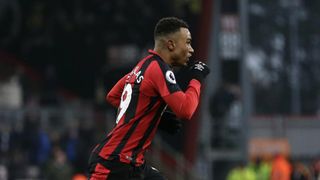 Jordon Ibe and Junior Stanislas completed a dramatic turnaround as Bournemouth consigned West Brom to a 2-1 defeat, their seventh successive loss in the Premier League.

Ibe benefitted from an error by Ben Foster and Stanislas curled home an 89th-minute free-kick, ensuring Jay Rodriguez's goal was insufficient to stop West Brom slipping 10 points adrift of safety at the foot of the table.

Alan Pardew held clear-the-air talks with the bottom side's board this week amid continued reports about his future and his team initially responded well at the Vitality Stadium on Saturday.

Rodriguez slammed home in the 49th minute to put West Brom on track for a significant three points that would have sparked life into their bid for survival.

However, Foster was unable able to keep out an Ibe shot that bent late 13 minutes from time, before Stanislas ended the Cherries' four-game wait for a league win at the death.

Victory pushes Bournemouth on to 36 points and up to 11th in the table, while a deflated West Brom are still without an away league win since August and staring relegation to the Championship in the face.

Rodriguez fired at Begovic, who parried another Rondon header, while Bournemouth were forced into an early change, captain Simon Francis limping off.

Francis' replacement Charlie Daniels had a 22nd-minute effort easily saved by Foster as both sides struggled to create clear chances.

A terrific Nathan Ake tackle denied Rondon as the striker shaped to shoot, with a Stanislas free-kick failing to test Foster at the other end on the stroke of half-time.

West Brom scored the goal their first-half performance deserved shortly after the restart. Kieran Gibbs hung up a teasing ball to the back post and Rondon got above Ake to cleverly nod down to Rodriguez, who held off Steve Cook and smashed home from close range.

Cook fired off target as the Cherries, who had lost their last two matches against West Brom, sought an immediate response.

Stanislas went for goal from another set-piece in the 74th minute but his curling effort landed on the roof of the net, Eddie Howe having turned to veteran striker Jermain Defoe with his final change.

It was Ibe who came up with the goal for the hosts, though, the winger sending an ambitious shot at goal that Foster should have dealt with, and the goalkeeper's mistake gave Bournemouth hope they could win the game.

The Cherries snatched all three points when Stanislas finally found the target from a dead-ball situation, the winger bending a fantastic effort out of Foster's reach to leave Pardew and West Brom on the brink.

Daniels made a terrific goal-line clearance deep in stoppage time to deny Rondon an equaliser that likely would have made little difference to West Brom's impending fate.

- Bournemouth have picked up 16 points from losing positions in the Premier League this season, more than any other side.
- West Brom have lost 24 points from leading positions in the top-flight this season, more than any other team.
- Jay Rodriguez's goal was West Brom's first away from home in the league in 402 minutes.
- Jordon Ibe has been directly involved in five goals in his last eight top-flight games with Bournemouth (two goals, three assists), after managing just three in his previous 44 with the Cherries (three assists).