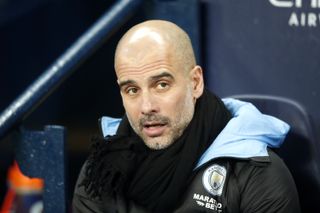 Brighton look just about safe from the drop. It's fair to say that the Seagulls haven't quite gelled as smoothly as Graham Potter would have hoped this season, but good end-of-season form will build momentum for next campaign.

It might be difficult to build much of that, though, with a visit from Pep Guardiola's boys coming later today. Manchester City have not been at their best this season but they still have more than enough fire power to blow the Seagulls away, should they wish too.

Kick-off is at 8pm BST and the game is being shown on Sky Sports Premier League, Sky Sports Main Event and Sky Sports Ultra HD in the UK. See below for watching details where you are.