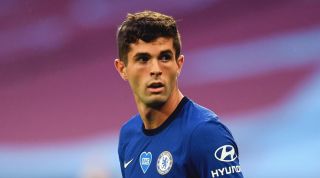 Manchester City's European ban being overruled means that the Blues face a hell of a battle to be in Europe's premier competition next season. Manchester United, Liverpool and Wolverhampton Wanderers await them, so they'll want to build some confidence first tonight against Norwich City.

The Canaries have nothing but their pride on the line. Mathematically relegated at the weekend, Daniel Farke's side know that they don't haven't shown the best of what they're about this season, but could they possibly muster a couple more famous memories to take back down to the Championship with them?

Kick-off is at 5.30pm BST and the game is being shown on Sky One, Sky Sports Premier League, Sky Sports Main Event, Sky Sports Ultra HD and Pick in the UK. See below for watching details where you are.

If you’re on holiday or just simply out of the country, your domestic on-demand services won’t work – the broadcaster knows exactly where you are from your IP address. Your access to the game will be automatically blocked, which is annoying if you’ve paid a subscription fee and don't want to use an illegal, buffering stream that makes you miss another Christian Pulisic masterclass. And that's where we recommend ExpressVPN (more on which below).