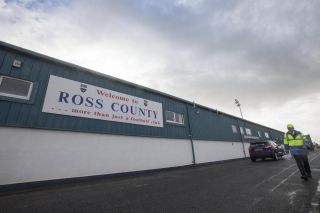 The 20-year-old former Sheffield United trainee arrived last January after a stint at Queen of the South.

He made four appearances for the Staggies as they claimed the Ladbrokes Championship title but has been allowed to move on ahead of the Dingwall outfit’s top-flight return by bosses Steven Ferguson and Stuart Kettlewell.

The club said in a statement: “Ross County FC can today announce that Callum Semple has left the club by mutual consent.

“The club thanks Callum for his commitment in his time here, and wish him all the best for his future.”