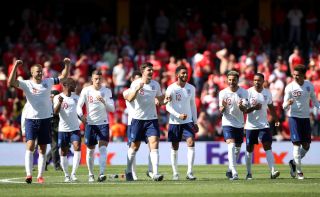 The 6-5 victory – after the match had finished goalless – saw England convert six penalties in a single shoot-out for the first time at an international tournament.

It also means England have now won back-to-back penalty shoot-outs for the first time following their success against Colombia at last summer’s World Cup. Prior to that the Three Lions had lost six of their seven shoot-outs at major tournaments.

Here, Press Association Sport takes a look at the individual spot-kicks in the clash with Switzerland.

The Leicester defender confidently blasted his penalty into the right corner of Yann Sommer’s net.

England goalkeeper Jordan Pickford guessed the right way but could not prevent Zuber’s lovely penalty from finding the top corner.

A cool dinked penalty from Barkley after a short run-up sent England into a 2-1 lead.

The Arsenal man slotted the ball into the bottom corner, with Pickford going the wrong way.

Sommer got a hand to Sancho’s penalty but it just about found the net.

The run-up may have been strange but that did not stop the penalty from floating straight into the top corner.

Sterling calmly found the left corner of Sommer’s net to maintain England’s 100 per cent record and keep the pressure on Switzerland.

But the Swiss did not appear to be feeling the pressure as Mbabu tucked his penalty into the bottom corner, just out of the reach of the diving Pickford.

A confident penalty from the goalkeeper was smashed into the right corner of the net.

The Newcastle man waited for Pickford to commit and rolled in his penalty before the England stopper could readjust.

Dier placed his sudden-death penalty into the bottom right corner to pile the pressure on Josip Drmic.

Pickford was England’s hero as he followed up his brilliant penalty with a stunning save to deny Drmic and hand his side victory.