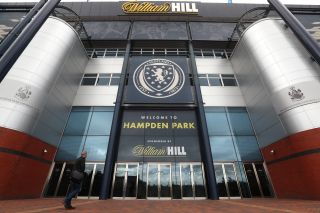 Hearts and Partick Thistle’s legal battle against relegation is set to take place behind closed doors after a judge ruled it should go through the Scottish Football Association arbitration process.

Lord Clark granted a motion from the Scottish Professional Football League and promoted clubs Dundee United, Raith and Cove Rangers that the relegated clubs’ Court of Session action be suspended.

The judge ruled Hearts and Thistle were bound by SFA articles and SPFL rules to go through arbitration for such a dispute. An independent three-person panel will be convened after both clubs vowed to continue their fight.

A motion from the promoted clubs to dismiss the court proceedings entirely was refused in the absence of detailed submissions and proper legal debate.

There was one triumph for the aggrieved clubs when the judge granted a request from their QC, David Thomson, for recovery of documents from the league and three champion clubs.

The two clubs launched joint legal action last month after league reconstruction attempts failed to prevent them being relegated. They were initially consigned to the drop, along with Stranraer, when clubs voted to curtail the season on April 15.

They claim they have been subjected to unfairly prejudicial treatment as SPFL shareholders and are seeking to scrap promotion and relegation for last season. Alternatively, they are seeking damages which could amount to up to £10million.

Lord Clark said in his ruling: “I accept entirely, as Mr Thomson submitted, that the media and the general public have a great interest in this dispute and would prefer to have the issues aired in open court.

“However, as a matter of law, the parties have agreed to the terms of SFA articles of association and to be bound by them.

“Accordingly, SPFL and Dundee United, Raith Rovers and Cove Rangers are entitled to invoke the arbitration provisions within these articles of association of the SFA, which will result in the dispute being dealt with by arbitration.”

Thomson had claimed the arbitration process would lead to “inevitable” delays but the judge said there was no reason to conclude the matter could not be dealt with before the Premiership kicks off on August 1.

But the judge noted the tribunal would be able to require evidence from witnesses and could make orders for them to appear if required.

The SFA articles state that each party must nominate an individual from its list of arbitrators and, if both sides agree, the two panellists choose a tribunal chairman who has been an experienced lawyer or member of the judiciary.

The consolation for Hearts and Thistle came after they requested the availability of documents such as SPFL board minutes, legal opinions and broadcasting contracts along with evidence of the increased summer spending of the promoted clubs.

Thomson said: “The SPFL set out at some length the exchanges that they say took place between Mr Doncaster and Mr Nelms and also make detailed reference to their own consideration of matters and why the board took the steps it did, and the legal advice it took.

“The petitioners do not know if any of that is true. They are entitled to recover documentation to allow them interrogate that position.”

Thomson also wanted evidence of the veracity and sums involved after the promoted clubs stated they had taken steps such as improving stadia, awarding lucrative contracts and selling season tickets on the basis of moving up a division.

📅 Today would have been our final game of the season at home to @Stirling_Albion. Who knows what might have been……— Cove Rangers FC (@CoveRangersFC) May 2, 2020

“For example Cove Rangers have started to undertake ground improvements against the background of everything that has taken place over the past few months,” he said. “That is something that the petitioners want to investigate.”

Arguments against the motion included that the demands were unnecessary, disproportionate, difficult to achieve in the time scale and some documents were commercially sensitive and could be leaked online.

But Lord Clark said: “Documents will be produced in an encrypted password protected file and if there is any legal issue that can be addressed before the court.”

There was a further blow for Hearts and Thistle when they were ordered to pay half of the SPFL’s legal expenses in relation to the hearing.

A joint statement from the two clubs read: “While denied the opportunity for a public hearing in court this simply means we now pursue the same outcome in a different forum.

“We promised our supporters that we would fight for them and we shall continue to do so.”

A joint statement from Dundee United, Cove Rangers and Raith Rovers said: “(We) are pleased with and welcome Lord Clark’s decision to refer the dispute, raised by Heart of Midlothian and Partick Thistle, to arbitration.

“Whilst we remain very disappointed and unhappy at the fact that we have been drawn into this dispute, we will continue to defend our clubs’ interests.

“The parties will now prepare for arbitration and we very much look forward to an early resolution to allow us to fully focus all of our attention on the new season ahead.”