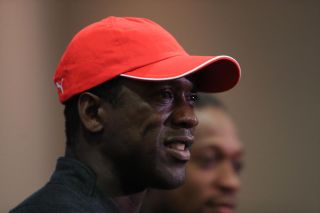 Clarence Seedorf insists his Cameroon side are fully focused as they prepare to begin the defence of their Africa Cup of Nations title.

Cameroon, victors in Gabon two years ago, launch their campaign in Egypt when they face Guinea-Bissau in Ismailia on Tuesday.

The Indomitable Lions’ preparations for the tournament were disrupted by a row over bonuses, but manager Seedorf feels that adversity will bring the best out of his players.

“We have prepared well and are highly motivated.”

Five-time champions Cameroon will be anxious to get off to a winning start, with Ghana – the other heavyweight side in Group F – coming up next on Saturday. They then face Benin in their third group game.

Guinea-Bissau are making their second successive appearance in the finals after their group-stage exit in 2017.