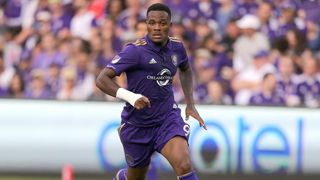 Canadian forward Larin was at the double to guide Eastern Conference leaders Orlando to a 2-1 victory at NYC in the Big Apple on Sunday.

Larin continued his dazzling form with his ninth goal in seven matches against New York City following strikes in the 31st and 51st minutes, while David Villa reduced the deficit 16 minutes from the end.

Lethal in the penalty area, Larin opened the scoring with a close-range goal just past the half-hour mark and he was at it again six minutes after the interval when he rose highest to outmuscle his opponent and head past goalkeeper Sean Johnson.

NYC captain Villa ensured a nervy finale with a superbly-taken volley in the 74th minute but Orlando were not to be denied a third successive victory as New York City lost for the second time in three matches to fall five points behind the visitors.

In Los Angeles, the Sounders eased to a 3-0 win over the struggling Galaxy.

The damage was done in the first half as Dempsey, an Ashley Cole own goal and Jordan Morris ended a three-match winless run for the Sounders as the Galaxy suffered back-to-back defeats.

Meanwhile, Minnesota United claimed their second win of the season after prevailing 1-0 at home to Colorado Rapids in a battle of the Western Conference strugglers.