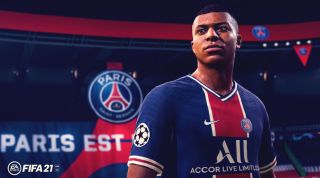 This year, FIFA 21 has taken on so much more importance for the average football fan. With no action for three months of lockdown and the law stating that we weren't allowed in large groups for so long, we've had to simulate our own versions of the beautiful game, alone in isolation.

Just as you're getting good at FIFA 20 though, out comes FIFA 21, with brand new features and updates to refresh the game we all know and love.

Kylian Mbappe's on the cover and the trailer's been released. We're getting into that time of year again, where we eagerly look out for what's evolved in the new game. What's new then, EA?

Pre-order any edition of FIFA 21 for PS4, Xbox One and PC now

Being creative in the final third is even more of an art than ever in the modern game - you've got coaches who teach off-ball compactness to thank for that.

FIFA 21 is set to reflect these trends though, with more realistic control and more reward for your creativity. The new Agile Dribbling system means that if you're quicker with your feet when taking on a defender, you can pull off better skill moves and explode past defenders: it really is survival of the most skilful on the wings, this season.

But just as important as take-ons, is your movement off the ball. Creative Runs give you options for organising your side's movement off the ball, so you don't even need to look up to know that your striker's already looking for a space at the near post, ready to latch onto your cross.

This all dovetails nicely with the new Positioning Personality feature. Jamie Vardy will hold his run to keep onside; Roberto Firmino will look to drop into the spaces between the lines and Harry Maguire will close down passing lanes to kill attacks. Players aren't just their individual positions anymore: roles feel more defined and more realistic.

FIFA 21 is actually endowed with a Natural Collision System which utilises brand new animation systems to create smoother player interactions all over the pitch. Basically, it looks hella real and super cool.

Just short of Nigel Pearson racing from his touchline to grab your avatar and headbutt him, before accusing a bewildered press conference via video call of being ostriches, this is the most realistic FIFA title yet. We're reliably informed that Pearson Mode is coming in 2022, however.

FIFA 21 NEWS Everything we know about FIFA 21 so far

It's perhaps the most talked-about aspect of FIFA when it comes to updates, but 21 has some new tweaks in that department.

There's a new way to manage, and it feels like a classic Player-Manager combo. You can simulate the majority of a game through the new Interactive Match Sim, but jump into the game during a key moment to affect the match. It's like being Edgar Davids at Barnet: got a free kick? Put on your boots and take it yourself. Penalty? It would be rude not to. It's actually influenced by EA's Madden titles, and it's pretty popular on those games.

The new revamped growth system gives more realism to the game too: in a season in which Alphonso Davies has seamlessly developed into a world-class full-back, FIFA 21's Career Mode has a much better grasp of which players are suited where.

That's not all for realism, either. The Active Training System allows you to set up group training sessions to improve your key areas and match sharpness takes a very real-world factor into consideration: you can track it with the activity management system, which shows how happy your squad are across any given week.

There are options for Authentic Transfers, Financial Takeover and Enhanced opposition AI, too. No stone has been left unturned. Except for John Stones, he's not been tampered with.

Yes, we know you haven't had the chance to go away this summer. But have you thought about blowing all your savings on FUT (again)?

In the new FUT Co-Op mode, you can team up with a mate to fight for rewards together: particularly useful if, like us at FourFourTwo, you're easily the worst out of your friend group. You can forces in both Division Rivals and Squad Battles to earn weekly progress, even working towards Co-Op Objectives. That's right: you can bin off your weekly Zoom quiz now and swap it for this.

Oh, and while EA are at it, there are new and expanded ways to customise your team’s look, both on the pitch and around the ground. Yes, please.

Some of the icons already in the game are astounding. You can play as our current cover star, Dennis Bergkamp, in FIFA 20, for example. There will be cross-gen transfer markets too, for anyone getting a PlayStation 5 or Xbox Series X, so not to worry.

VOLTA was a very welcome addition to the FIFA experience last year, building on everything that we liked about the Journey, but giving it that FIFA Street nostalgic twist that we'd been promised. 10/10.

It's even bigger this time around. VOLTA SQUADS introduces a new way to team up with up to three pals - or find new players online - and win as one in 5v5 online coop play.

There are new locations too. Go full Neymar in the party ambience of Sao Paulo’s Downtown, or get more Kaka with the new concrete Milan street pitch. The one we're most excited for, however, is described by EA as a "high-tech Dubai geodesic dome". We've never played football in a geodesic dome, but there's a first time for everything, right?

Oh, and is the theme of the day, yes, you can customise your male or female avatar with new apparel from clubs, street football collectives, and celebrity-designed collections. Nice.

• Pre-order FIFA 21 Champions Edition for Xbox One for £79.99 – from Argos, or from Amazon, delivers October 6

TRANSFERS The position EVERY club needs to strengthen in this summer