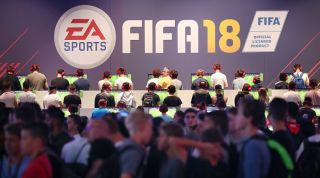 The 40-song tracklist was unveiled on Wednesday, and features various artists from across the globe – including an exclusive new track from Sneakbo featuring Giggs.

FIFA 18 will showcase new songs from Run The Jewels, Lorde, alt-J, The Amazons, The xx and Django Django – so there's sure to be a track or two you can enjoy even after a crushing 5-0 defeat.

Alex Hunter: The Journey will feature its own original soundtrack once again. This year, Junkie XL – who has produced scores for blockbuster films such as Mad Max: Fury Road, Divergent, Deadpool, and Wonder Woman – has taken on the challenge.

If you've got a Spotify account, check out the full tracklist below.