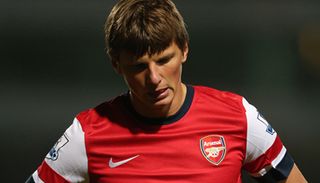 Arshavin made 144 appearances for Arsenal, scoring 31 goals in his five seasons at the club, but failed to live up to his billing following a 15 million-pound move from Zenit in 2009 and spent part of the 2011/12 season on loan at the Russian club.

The 32-year-old has signed a two-year contract with Zenit.

"One of Russia's best football players of the last decade is returning to his hometown," Zenit said in a statement on their official website.

"Zenit football club welcomes the return to Andrei Arshavin to St Petersburg and wishes the athlete new success in the squad."