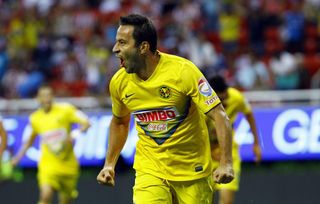 Liga MX leaders America claimed the most resounding of wins at the Estadio Juan Ramon Loubriel in Puerto Rico.

America are top of Group Eight with seven points, three ahead of Comunicaciones – but the Guatemalans have played one fewer game.

Rey struck from close range in the third minute before Gil Giovanni Buron tapped in a Gonzalo Diaz cross soon after.

A clinical finish from Rey made it 3-0 after just five minutes.

Bayamon almost scored an own goal as Diaz got on the scoresheet and Rey completed his hat-trick with a fine free-kick from the edge of the area in the 35th minute.

It was 6-0 at half-time after Zuniga struck with a cracking 30-yard effort that found the bottom corner.

Hosman Ramos got on the scoresheet for Bayamon in the 47th minute before America took over again.

Zuniga headed in a Diaz cross before Emilio Sanchez scrambled in his team's eighth.

Another header from Zuniga, this time from a Moises Velasco, corner saw him complete his treble in the 87th minute to make it 9-1.

Sanchez made it 10 when he volleyed in a Velasco cross to complete a memorable victory.

Marco Di Vaio's 16th-minute goal was enough for the Montreal Impact to edge the Red Bulls 1-0.

New York's Connor Lade was sent off in the second half as the Impact closed in on progressing from Group Three.

They sit on nine points, six clear of the Red Bulls.