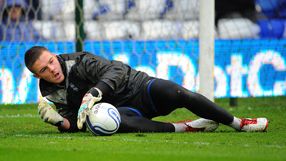 The Premier League club said in a statement that the 19-year-old, a member of the latest England squad, will stay at second tier Birmingham until the end of the season.

Butland's arrival at Stoke could herald the departure of fellow keepers Asmir Begovic or Thomas Sorensen.