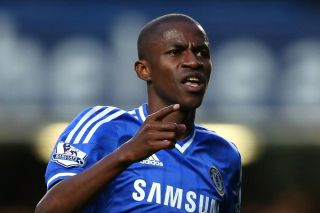 Ramires was involved in an off-the-ball incident with Sunderland midfielder Sebastian Larsson during Saturday's 2-1 defeat at Stamford Bridge, in which the Brazil international appeared to elbow his opponent.

The clash was not seen by referee Mike Dean, but a three-man panel of former elite officials were unanimous in their view that it was worthy of a red card and the 27-year-old was charged on Wednesday.

On Thursday, it was confirmed that Ramires would not contest the charge and the midfielder will now miss games against Liverpool, Norwich City and Cardiff City as well as the first game of the 2014-15 Premier League campaign.

It is his third domestic suspension this season, after a red card against Aston Villa last month, as well as a one-match ban incurred in December for accumulating five bookings.

The Ramires incident formed part of what was an acrimonious day for Chelsea last weekend, with assistant manager Rui Faria also charged with misconduct and improper conduct after berating Dean and fourth official Phil Dowd following the award of Sunderland's match-winning penalty.

After the game, boss Jose Mourinho spoke to "congratulate" referee Dean for his "unbelievable " performance, with the Portuguese also charged for misconduct for his remarks.

Both Mourinho and Faria have until 6pm on Monday to respond to their respective charges.