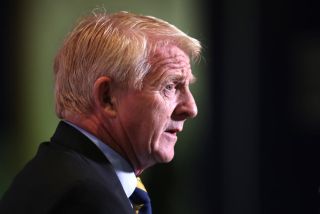 Gordon Strachan has “sincerely apologised” for any “unintended distress caused” by his controversial Adam Johnson remarks.

The former Scotland manager has been accused of linking racist abuse with the situation facing the convicted sex offender when appearing on Sky Sports’ ‘The Debate’ programme last month. He will no longer be used by Sky Sports.

Johnson has recently been released after serving three years in prison for engaging in sexual activity with a 15-year-old fan, and the ex-England winger has not ruled out a return to football.

Strachan said: “If he goes on to the pitch and people start calling him names, have we got to do the same as it is to the racist situation?

“Is it all right to call him names now after doing his three years – have we got to allow that to happen?”

In a statement issued through Press Association Sport, Strachan said: “Given the response in the last 24 hours to a point made on The Debate programme on Sky Sports from over a week ago, and having reflected on it personally, it is important for me to address the issues that have arisen.

“In no way did I intend to confuse or conflate the very serious issue of racism targeted at footballers with the potential verbal abuse towards a player who has been convicted of a sexual offence.

“Having reviewed the particular segment in light of the reaction, I fully acknowledge that the imprecise use of language in my initial response has left open a perception that should easily have been avoided. For that I sincerely apologise.

“I should have communicated my point more clearly and without the need to refer to the earlier discussion, during which I was clear in my condemnation of the racist abuse which continues to blight football.

“I am also cognisant of the fact that the question asked on a football debate show – whether Adam Johnson will be able to resume his professional football career because of the stigma attached to his crime – did not afford the opportunity to demonstrate the requisite empathy or support towards the survivor.

“I would like to take the opportunity to atone for that: to reaffirm my condemnation of the behaviour that led to the player’s conviction, to convey my heartfelt sympathy and support to the survivor, and to apologise for any unintended distress caused.”

Strachan is not an employee of Sky so is not subject to its disciplinary protocols, but the broadcaster has distanced itself from the Scot’s remarks and Press Association Sport understands he will not be used again.

A Sky statement read: “The comments were made by a guest on The Debate. Of course Sky Sports does not support the comments and we’re sorry for the offence they have caused.”