FourFourTwo is supported by its audience. When you purchase through links on our site, we may earn an affiliate commission. Here’s why you can trust us 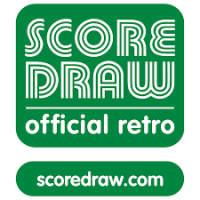 England’s trip to the semis, David Platt’s volley and of course Gazza’s tears - there are plenty of reasons to remember Italia 90.

The tournament was the light at the end of the dark decade of the 1980s in England, a decade when attendances were at an all-time low, hooliganism blighted the terraces and the boardrooms asset-stripped the balance sheets. Stadia crumbled from the lack of investment and the finest talent was exported.

But with the help of New Order’s ‘World in Motion’ being the soundtrack to the summer and Bobby Robson's squad making it to the semi-finals of the World Cup for the first time since 1966 - football was back in the news for all the right reasons.

And to add to that, the England team had the greatest football shirt trilogy of all-time in their kitbag.

The white kit with blue colour was worn during the tournament, but the away red shirt and the light blue third shirt - made famous by New Order’s Bernard Sumner in the World in Motion video - proved popular among the fans on the terraces.

And now Score Draw (opens in new tab) - officially licensed by The FA to reproduce a range of popular retro shirts - have produced a special Mash-Up shirt to celebrate all three of the kits from 1990.

The design is inspired by the RAF target that adorned our Spitfires, emblematic of English guile and courage, and stylishly adopted by the Sixties Mods of Carnaby Street.

It also pays homage to the geometric patterns with our unique shard-like collage. Hand-sewn and embroidered with ‘the Three Lions’.

Striker Dominic Calvert-Lewin is one of a number of England players to have had an early glimpse of the new kit and gave his view and hopes to see fans wearing them this summer at Euro 2020.

He said: “They are lovely. I wouldn’t mind a few myself, they were looking good.

“Every player wants to see fans back this summer, that’s what I’ve missed loads, the atmosphere that fans bring, whether it’s home or away, it will be good to hopefully see fans back in stadiums.”

To see the full range of Score Draw’s SD90 range, go to: www.scoredraw.com or we have one of these special shirts to giveaway, To be in with a chance of winning it, send an email to fourfourtwoonline@futurenet.com with the answer to this poser: Who did England beat in a penalty shoot out at the 2018 World Cup?

*Read 5 free articles per month without a subscription

James Andrew is the editor of FourFourTwo, overseeing both the magazine and website. James is an NCTJ qualified journalist and began his career as a news reporter in regional newspapers in 2006 before moving into sport a year later. In 2011 he started a six year stint on the sports desk at of the Daily Mail and MailOnline. He was appointed editor of FourFourTwo in December 2019. Across his career James has interviewed the likes of Franco Baresi, Sir Alex Ferguson, David Beckham and Michael Owen. James has been a Fulham season ticket holder since the mid-1990s and enjoys watching them home and away, through promotion and relegation.