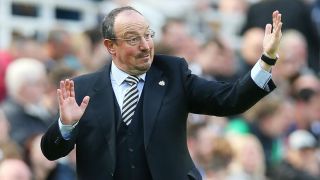 Rafael Benitez's Newcastle United will kick off the 2016-17 Football League season at Fulham on Friday August 5 after the fixtures were released on Wednesday.

Relegated to the Championship last season, Newcastle will attempt an instant return to the top flight under the guidance of a man who started the previous term in charge of Real Madrid.

The club's first home game will be against Huddersfield Town the following weekend.

Blackpool, also a member of the elite as recently as 2010-11, start their bid for League Two glory at home to Exeter City.

Grimsby Town, back in the Football League after a six-year absence, host Morecambe.