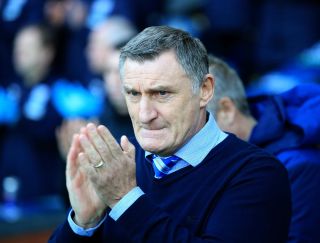 Blackburn played out a 2-2 Sky Bet Championship draw with Swansea in an entertaining end-of-season encounter.

Neither side had anything to play for going into the game – but the supporters their money’s worth at Ewood Park.

Comical goalkeeping allowed Darragh Lenihan to force home a 21st-minute opener that was cancelled out by Courtney Baker-Richardson’s clever header for the visitors four minutes later.

Swans’ top scorer Oliver McBurnie planted in a free header – his 24th goal of the campaign – in the 35th minute but Bradley Dack’s composed finish just after the break earned the hosts a point.

Baker-Richardson should have scored more and Dack struck the woodwork but the result reflected the fact that both sides dominated a half each.

Blackburn end the season unbeaten in three home matches, whilst Swansea’s poor away form – just two wins in 2019 – ultimately ruled them out of the play-off reckoning.

Corry Evans was preferred to Jack Rodwell for Blackburn, while highly-rated Daniel James missed out for Swansea due to a toe injury. He was replaced by Baker-Richardson in one of three changes.

An uneventful opening was ended in the 21st minute as Blackburn broke the deadlock in bizarre fashion.

Kristoffer Nordfeldt’s unconvincing punch fell to Joe Rothwell, whose shot looped towards the goalkeeper. He again made a mess of his clearance under pressure from Lenihan, who forced the ball over the line.

Swansea drew level four minutes later though as Wayne Routledge found space on the left and his inch-perfect cross was glanced into the far corner by Baker-Richardson for his fourth goal this term.

The turnaround was complete 10 minutes before half-time, and it was all too easy as Matt Grimes’ free-kick found Swans’ top scorer McBurnie all alone to power a header into the bottom left corner out of Jayson Leutwiler’s reach – his sixth strike in seven games.

Baker-Richardson should have scored at least once more before half-time, but first shot wide with just the keeper to beat, then saw his point-blank effort brilliantly saved by Leutwiler.

Rovers came out intent on pressing Swansea and it paid dividends within two minutes, as they won the ball back high up the field and a clever dummy from Danny Graham allowed Derrick Williams’ pass to find Dack free in the area and he confidently slotted home his 15th league goal of the season.

The topsy-turvy encounter almost swung Blackburn’s way five minutes later, when Adam Armstrong’s cross was turned onto the post by Dack, as the hosts upped their intensity.

Blackburn debutant Jacob Davenport almost stole the headlines 11 minutes from time but his thumping 25-yard effort was turned away by Nordfeldt.

Armstrong shot straight at Nordfeldt late on, as neither side could find the winner.