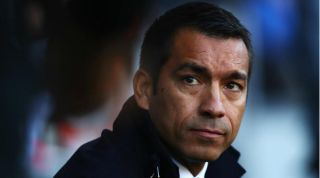 Manchester City have handed Giovanni van Bronckhorst an access-all-areas role as they begin to formulate a Pep Guardiola succession plan.

The current City boss arrived at the Etihad Stadium in 2016 and is now in his fourth season at the helm.

Guardiola has never entered a fifth campaign as manager of the same club, but he is happy with life in Manchester and is expected to see out a contract which runs until 2021.

However, City are keen to begin planning for life after the Catalan coach, who has won two Premier League titles in his three full seasons at the club.

And according to the Daily Mirror, the defending champions have brought Van Bronckhorst into their backroom team with a view to him eventually replacing Guardiola in the dugout.

The Dutchman spent four years as manager of Feyenoord but has been out of work since deciding to take a sabbatical at the end of last term.

Van Bronckhorst guided the club to its first Eredivisie title in 18 years in 2017, and also won two KNVB Cups during his time at De Kuip.

The 44-year-old has vast experience at major European clubs from his playing days, when the former left-back and midfielder turned out for Arsenal and Barcelona, as well as Feyenoord and Rangers.

Van Bronckhorst also won 106 caps for the Netherlands national team and was part of the squad that reached the World Cup final in 2010.

And after spending a month at the Etihad on an informal basis, he has now signed a contract with City.

However, there is no guarantee that Van Bronckhorst will take charge in 2021, with City highly unlikely to stand in Guardiola’s way should the former Barcelona and Bayern Munich boss wish to extend his tenure.