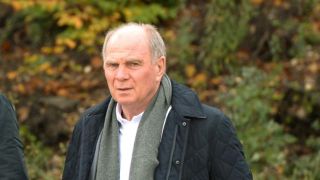 Bayern Munich have confirmed Uli Hoeness will run for the club's presidency.

The 64-year-old was released from prison in February after serving half of a three-and-a-half-year jail term for tax evasion, and he will now look to regain the post he held for five years prior to his conviction.

Hoeness will learn whether his bid is successful at Bayern's next AGM, in November 2016, as members vote in an election to decide the club's president and committee.

Karl Hopfner, who succeeded the former West Germany international in the role, will not stand for election, the club announced in a statement.

In a nine-year playing career, Hoeness won three European Cups with Bayern, before serving as a sporting director until he took the presidency in 2009.