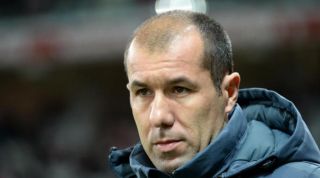 The Principality club go into Wednesday's round of 16 first leg tie at the Emirates Stadium as underdogs despite finishing top of Group C.

Arsenal have won eight of their last nine games in all competitions and the London club will be expected to secure another victory in Arsene Wenger's first game against his former employers.

Having crashed out against Bayern Munich in the last two seasons after losing to Barcelona and Milan at the same stage, Arsenal will fancy their chances of securing a place in the quarter-finals.

Monaco coach Jardim, though, stated on the eve of the game that the Ligue 1 side were pleased to draw Arsenal and happy to have slipped under the radar.

He said: "Arsenal have developed a lot over the last couple of years and they're a better side than they were two or three years ago. Our strategy is to try and be solid and to not allow Arsenal's key attacking players to unbalance us.

"Clearly a number of other teams were hoping to draw Monaco, but that doesn't mean we have less ambition going into this game. Monaco fans were also happy because it's what everyone wanted in the draw.

"Monaco have never been favourites and we still qualified at the top of our group – it's the same with this game. Nobody expects us to win but that should not stop us being able to get into the quarter-finals."

Jardim will check on the fitness of full-back Layvin Kurzawa (calf) and Yannick Ferreira Carrasco (knock) before naming his side.